This Is A Month To Give Thanks

November is a time to show gratitude to our veterans and for all that we hold dear. 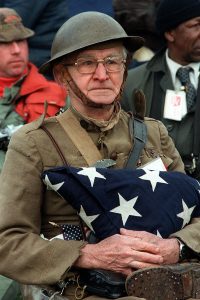 Veterans Day (originally known as Armistice Day) is a federal holiday in the United States observed annually on November 11, for honoring military veterans, that is, persons who have served in the United States Armed Forces (and were discharged under conditions other than dishonorable). It coincides with other holidays including Armistice Day and Remembrance Day which are celebrated in other countries that mark the anniversary of the end of World War I. Major hostilities of World War I were formally ended at the 11th hour of the 11th day of the 11th month of 1918, when the Armistice with Germany went into effect. At the urging of major U.S. veteran organizations, Armistice Day was renamed Veterans Day in 1954.

On November 11, 1919, U.S. President Woodrow Wilson issued a message to his countrymen on the first Armistice Day, in which he expressed what he felt the day meant to Americans; here is an excerpt: 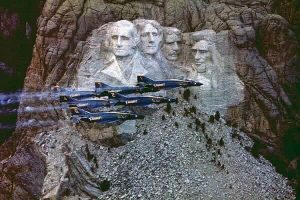 “… To us in America the reflections of Armistice Day will be filled with solemn pride in the heroism of those who died in the country’s service, and with gratitude for the victory, both because of the thing from which it has freed us and because of the opportunity it has given America to show her sympathy with peace and justice in the councils of nations.”

The United States Congress adopted a resolution on June 4, 1926, requesting that President Calvin Coolidge issue annual proclamations calling for the observance of November 11 with appropriate ceremonies. A Congressional Act (52 Stat. 351; 5 U.S. Code, Sec. 87a) approved May 13, 1938, made November 11 in each year a legal holiday: “a day to be dedicated to the cause of world peace and to be thereafter celebrated and known as ‘Armistice Day’.”

In 1945, World War II veteran Raymond Weeks from Birmingham, Ala., had the idea to expand Armistice Day to celebrate all veterans, not just those who died in World War I. Weeks led a delegation to Gen. Dwight Eisenhower, who supported the idea of National Veterans Day. Weeks led the first national celebration in 1947 in Alabama and annually until his death in 1985.

President Reagan honored Weeks at the White House with the Presidential Citizenship Medal in 1982 as the driving force for the national holiday. Elizabeth Dole, who prepared the briefing for President Reagan, determined Weeks as the “Father of Veterans Day.”

U.S. representative Ed Rees from Emporia, Kan., presented a bill establishing the holiday through Congress. President Dwight D. Eisenhower, also from Kansas, signed the bill into law on May 26, 1954. It had been eight and a half years since Weeks held his first Armistice Day celebration for all veterans. Congress amended the bill on June 1, 1954, replacing “Armistice” with “Veterans,” and it has been known as Veterans Day since.

While the legal holiday remains on November 11, if that date happens to be on a Saturday or Sunday, then organizations that formally observe the holiday will normally be closed on the adjacent Friday or Monday, respectively.

While the holiday is commonly printed as Veteran’s Day or Veterans’ Day in calendars and advertisements, the United States Department of Veterans Affairs website states that the attributive (no apostrophe) rather than the possessive case is the official spelling “because it is not a day that ‘belongs’ to veterans, it is a day for honoring all veterans.” 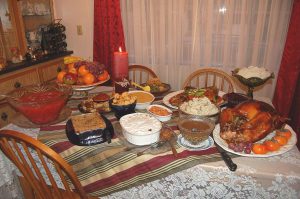 Thanksgiving is a national holiday celebrated on various dates in the United States, Canada, Brazil, Grenada, Saint Lucia, and Liberia, and the sub-national entities Leiden, Norfolk Island, and Puerto Rico. It began as a day of giving thanks and sacrifice for the blessing of the harvest and of the preceding year.

Similarly named festival holidays occur in Germany and Japan. Thanksgiving is celebrated on the second Monday of October in Canada and on the fourth Thursday of November in the United States and Brazil, and around the same part of the year in other places. Although Thanksgiving has historical roots in religious and cultural traditions, it has long been celebrated as a secular holiday as well.

Prayers of thanks and special thanksgiving ceremonies are common among almost all religions after harvests and at other times. The Thanksgiving holiday’s history in North America is rooted in English traditions dating from the Protestant Reformation. It also has aspects of a harvest festival, even though the harvest in New England occurs well before the late-November date on which the modern Thanksgiving holiday is celebrated.

In the English tradition, days of thanksgiving and special thanksgiving religious services became important during the English Reformation in the reign of Henry VIII and in reaction to the large number of religious holidays on the Catholic calendar. Before 1536 there were 95 Church holidays, plus 52 Sundays, when people were required to attend church and forego work and sometimes pay for expensive celebrations.

The 1536 reforms reduced the number of Church holidays to 27, but some Puritans wished to completely eliminate all Church holidays, including Christmas and Easter. The holidays were to be replaced by specially called Days of Fasting or Days of Thanksgiving, in response to events that the Puritans viewed as acts of special providence. Unexpected disasters or threats of judgment from on high called for Days of Fasting. Special blessings, viewed as coming from God, called for Days of Thanksgiving. 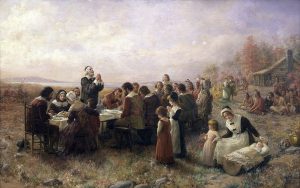 Pilgrims and Puritans who emigrated from England in the 1620s and 1630s carried the tradition of Days of Fasting and Days of Thanksgiving with them to New England. The modern Thanksgiving holiday tradition is traced to a well-recorded 1619 event in Virginia and a sparsely documented 1621 celebration at Plymouth in present-day Massachusetts.

The 1619 arrival of 38 English settlers at Berkeley Hundred in Charles City County, Virginia, concluded with a religious celebration as dictated by the group’s charter from the London Company, which specifically required “that the day of our ships arrival at the place assigned … in the land of Virginia shall be yearly and perpetually kept holy as a day of thanksgiving to Almighty God.”

The 1621 Plymouth feast and thanksgiving was prompted by a good harvest, which the Pilgrims celebrated with Native Americans, who helped them get through the previous winter by giving them food in that time of scarcity.

Several days of Thanksgiving were held in early New England history that have been identified as the “First Thanksgiving”, including Pilgrim holidays in Plymouth in 1621 and 1623, and a Puritan holiday in Boston in 1631. Later in Massachusetts, religious thanksgiving services were declared by civil leaders such as Governor Bradford, who planned the colony’s thanksgiving celebration and feast in 1623.

In the late 1630s, however, Governor Bradford declared this holiday with new meaning. After the Pequot were blamed for the killing of a white man, the colonizers began burning down their villages and killing others who did not perish in the fires. Hundreds of Pequots were killed, leading Governor Bradford to proclaim that Thanksgiving from then on would be celebrating “the bloody victory, thanking God that the battle had been won.” The practice of holding an annual harvest festival did not become a regular affair in New England until the late 1660s.

Various proclamations were made by royal governors, John Hancock, General George Washington, and the Continental Congress, each giving thanks to God for events favorable to their causes. As President of the United States, George Washington proclaimed the first nationwide thanksgiving celebration in America marking November 26, 1789, “as a day of public thanksgiving and prayer, to be observed by acknowledging with grateful hearts the many and signal favours of Almighty God”.

Where Was The First?

The question of where the first Thanksgiving was held in the United States has been a subject of debate, primarily between New England and Virginia, complicated by the concept of Thanksgiving as a holiday celebration versus a religious service. James Baker maintains, “The American holiday’s true origin was the New England Calvinist Thanksgiving. Never coupled with a Sabbath meeting, the Puritan observances were special days set aside during the week for thanksgiving and praise in response to God’s providence.”

Baker calls the debate a “tempest in a beanpot” and “marvelous nonsense” based on regional claims. However, the day for Thanksgiving services specifically codified in the founding charter of Berkeley Hundred in 1619 was instrumental in President John F. Kennedy’s attempt to strike a compromise between the regional claims, by issuing Proclamation 3560 on November 5, 1963, stating, “Over three centuries ago, our forefathers in Virginia and in Massachusetts, far from home in a lonely wilderness, set aside a time of thanksgiving. On the appointed day, they gave reverent thanks for their safety, for the health of their children, for the fertility of their fields, for the love which bound them together, and for the faith which united them with their God.”

Thanksgiving in the United States has been observed on differing dates. From the time of the Founding Fathers until the time of Lincoln, the date of observance varied from state to state. The final Thursday in November had become the customary date in most U.S. states by the beginning of the 19th century, coinciding with, and eventually superseding the holiday of Evacuation Day (commemorating the day the British exited the United States after the Revolutionary War).

Modern Thanksgiving was proclaimed for all states in 1863 by Abraham Lincoln. Influenced by Sarah Josepha Hale, who wrote letters to politicians for approximately 40 years advocating an official holiday, Lincoln set national Thanksgiving by proclamation for the final Thursday in November, explicitly in celebration of the bounties that had continued to fall on the Union and for the military successes in the war. Because of the ongoing Civil War, a nationwide Thanksgiving celebration was not realized until Reconstruction was completed in the 1870s.