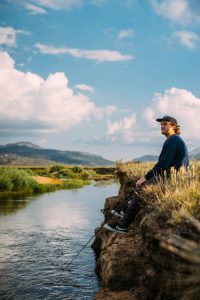 Arizona is home to 128 lakes and five major rivers. With cooler weather comes some unique opportunities for anglers who are looking to cast a line during the winter months. 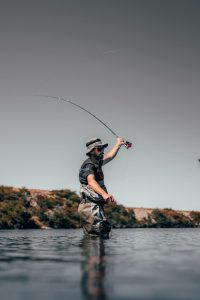 “Arizona has some of the best fishing, from the Colorado River to the White Mountains and everywhere in between,” said Andy Clark, statewide sportfish program supervisor for the Arizona Game and Fish Department (AZGFD). “Winter months in our state make Arizona a whole new destination for anglers.”

Best Locations For Anglers This Winter

This portion of the lower Colorado River in Bullhead City offers some of the best rainbow trout fishing in Arizona, as well as a chance to catch some hearty striped bass. Trout stockings, which resumed in the fall, will continue through March. Anglers have some of the best luck catching trout on mealworms, nightcrawlers and PowerBait. 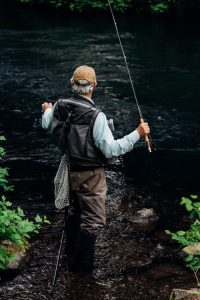 The Lower Salt River allows anglers to fish for trout in the desert, a rare opportunity so close to the Phoenix metro area. The river is stocked with trout throughout the winter months, offering excellent shoreline fishing. Anglers have some of the best luck with nightcrawlers, small spinners, Kastmasters and flies. Bass and sunfish also can be caught in some of the deeper holes.

Just outside of Cottonwood in north-central Arizona, Dead Horse Lake offers some of the best catch rates for rainbow trout and is stocked throughout the winter months. Anglers have some of the best luck on a variety of PowerBait colors, homemade dough baits and spinners. Fly fishermen also report great success. 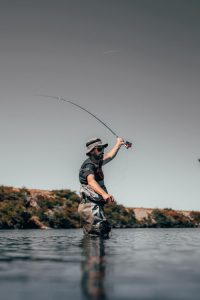 Largemouth bass at Alamo are less active in the winter; however, the lake is known for some of the best crappie fishing in the state during the winter months. Minnows work well for crappie, along with crappie tubes, spoons and jigs for the more experienced angler. Remember, use light line and lightweight spinning tackle to maximize the enjoyment of catching these scrappy fighters.

Consistently ranked as one of the top bass fishing destinations in the nation, Lake Havasu offers anglers great opportunities to catch both largemouth and smallmouth bass. In the fall, tournament anglers caught several bass, with the largest weighing in at 5.65 pounds. Havasu is also home to some monster redear sunfish, including the world-record 5.8-pound redear that was taken from the lake in February 2014.

Anglers often catch crappie, bass, bluegill, catfish and especially trout this time of year. Patagonia is considered a hidden treasure of southeastern Arizona, about an hour and a half south of Tucson. The lake was just stocked with trout in early December. Anglers have some of the best luck with nightcrawlers and a variety of PowerBait colors and spinners. 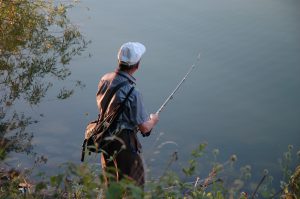 An Arizona fishing license is good for 365 days from the date of purchase and helps to conserve and protect wildlife in Arizona for current and future generations. To learn more about fishing in Arizona, including the latest fishing report, forecast, regulations and stocking schedule, visit www.azgfd.com/fishing. To buy a fishing license, visit www.azgfd.com/License.