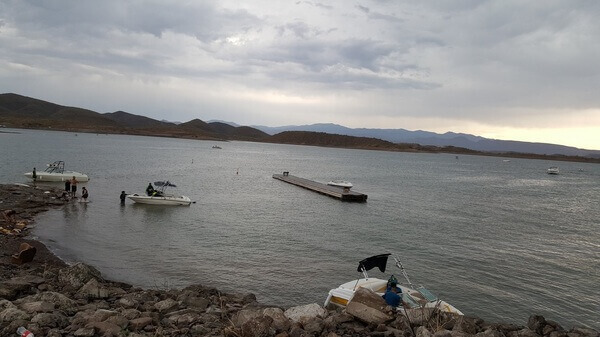 WARNING! — Monsoon season is in full swing and the AZGFD warns boating and off-highway vehicle (OHV) users that weather conditions can change quickly and could be dangerous for those who aren’t prepared.

From Wikipedia – The North American monsoon, variously known as the Southwest monsoon, the Mexican monsoon, the New Mexican monsoon, or the Arizona monsoon,[1] is a pattern of pronounced increase in thunderstorms and rainfall over large areas of the southwestern United States and northwestern Mexico, typically occurring between July and mid September. During the monsoon, thunderstorms are fueled by daytime heating and build up during the late afternoon-early evening. Typically, these storms dissipate by late night, and the next day starts out fair, with the cycle repeating daily. The monsoon typically loses its energy by mid-September when drier and cooler conditions are reestablished over the region. Geographically, the North American monsoon precipitation region is centered over the Sierra Madre Occidental in the Mexican states of Sinaloa, Durango, Sonora and Chihuahua.[2]