It’s been quite a while since we sent out a Pirate Press, so in the midst of this most “disturbing” year, we are reaching out to see how you are.  We would love to hear from you, to know that you are navigating the rough seas of 2020 successfully and to catch up with your news.  Please take a minute to email a note about you and your family to editor@azbw.com.

Our 62nd reunion was a huge success.  With the help of several classmates (e.g., Ann Baker MacNeil and her husband, Ed Smithhisler, Sue Woodruff, John Ponath, Jim Fitch, and others), we had a great evening of socializing and enjoying the appetizers prepared by the Yakima VFW post.  By the way, they were extremely helpful in all aspects of the planning. (Most of us had turned the big 80, but a few were still in their 70s and were gently invited to sit at “the kids’ table”.)

Although there is no budget for a 65th reunion, it was suggested that we all meet at that Post on one of the evenings they are serving dinner and simply attend “Dutch treat”.  It seems that an evening in late September 2022 would be most convenient for those of our classmates who commented.  (We would need some help getting the word out.)  What do you think?

Meanwhile, Jim and I wish you a safe and healthy journey ahead.  I see hope on the horizon.

P.S. Does anyone want to make us some Pirate masks? 🙂

Sad notice.Our classmate Marquita Long (Clark) passed away Dec 2017.  Her Daughter Michelle Linear just notified me.  Daughter did ok to give out her phone number in case anyone would wish to contact her 425-238-8322.  Please add her to the list of those who have passed on.

Note: Bertha did so much to help with our class reunions.

A Few Notes from Our Classmates 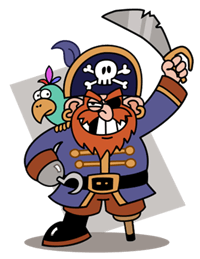 Subject: Re: The Constitution of the United States

Carol,Thanks for the e-mail.  I am glad you have me on the mailing list. Great picture with flag, boat wake, and the city background [in the June issue of WesternOutdoorTimes]. Hope all is well and the family is safe.John Ponath

Thanks for lightening my spirit.  Your wonderful smile is icing on the cake.

All’s well with Annie B & me.  Sonoma is a perfect town to shelter in place. No problem social distancing – hardly anybody here. 😉

2) Happy 4th of July to you & Jim.  Happy 244th birthday to America the Beautiful, land that we love.

To me, class reunions are like birthdays. Big ones roll around every five years. In my book, our next big class reunion is #65. 👍

As for the meal, either Thursday or Friday night sounds good.

And THANKS to the two of you for putting  out your note on this [a flyover in the Phoenix area].  No matter your political ‘bent’ you cannot help but have an emotional response to the fly-overs, whether they are live or on video.  While they are the most armed craft we have ever invented, they ‘swim’ in the air so beautifully as they fly their formations—similar (to me) like watching sharks swim in the ocean.

I continue to work 40 hours a week, but it is all done either by phone or by video. The video form is via a deeply encrypted form of Zoom that has been approved by OSD.  Thus the confidentiality is maintained.  Our gov. phones are also protected in a similar fashion.

Bonnie and I only go out for groceries or other necessities so our exposure is minimal.  What has been surprising to us is the casualness exhibited by those who see no need for any type of protection (i.e., rubber gloves, face masks) as well as the cavalier attitude towards social distancing.

I have no idea who put this together, but it does tell a story!

Long ago and far away, in a land that time forgot,

Before the days of Dylan , or the dawn of Camelot.

There lived a race of innocents, and they were you and me,

For Ike was in the White House in that land where we were born,

We longed for love and romance, and waited for our Prince,

Eddie Fisher married Liz, and no one’s seen him since.

We danced to ‘Little Darlin,’ and sang to ‘Stagger Lee’

And cried for Buddy Holly in the Land That Made Me, Me.

Only girls wore earrings then, and 3 was one too many,

And only boys wore flat-top cuts, except for Jean McKinney.

And only in our wildest dreams did we expect to see,

A boy named George with lipstick, in the Land That Made Me , Me .

We fell for Frankie Avalon, Annette was oh, so nice,

And when they made a movie, they never made it twice.

We didn’t have a Star Trek Five, or Psycho Two and Three,

Or Rocky-Rambo Twenty in the Land That Made Me, Me.

Miss Kitty had a heart of gold, and Chester had a limp,

And Reagan was a Democrat whose co-star was a chimp.

And Oprah couldn’t talk yet, in the Land That Made Me, Me.

We had our share of heroes, we never thought they’d go,

At least not Bobby Darin, or Marilyn Monroe.

For youth was still eternal, and life was yet to be,

And Elvis was forever in the Land That Made Me, Me.

We’d never seen the rock band that was Grateful to be Dead,

And Airplanes weren’t named Jefferson, and Zeppelins were not Led.  And Beatles lived in gardens then, and Monkees lived in trees,

Madonna was Mary in the Land That Made Me, Me.

We’d never heard of microwaves, or telephones in cars,

And babies might be bottle-fed, but they weren’t  grown in jars.

And pumping iron got wrinkles out, and ‘gay’ meant fancy-free,

And dorms were never co-Ed in the Land That Made Me, Me.

We hadn’t seen enough of jets to talk about the lag,

And microchips were what was left at the bottom of the bag.

And hardware was a box of nails, and bytes came from a flea,

And rocket ships were fiction in the Land That Made Me, Me.

And bathing suits came big enough to cover both your cheeks.

And Coke came just in bottles, and skirts below the knee,

And Castro came to power near the Land That Made Me, Me.

We had no Crest with Fluoride, we had no Hill Street Blues,

We had no patterned pantyhose or Lipton herbal tea,

Or prime-time ads for those dysfunctions in the Land That Made Me,Me.

There were no golden arches, no Perrier to chill,

And middle-aged was 35 and old was forty-three,

And ancient were our parents in the Land That Made Me, Me.

But all things have a season, or so we’ve heard them say,

And now instead of Maybelline, we swear by Retin-A.

They send us invitations to join AARP,

We’ve come a long way, baby, from the Land That Made Me, Me.

So now we face a brave new world in slightly larger jeans,

And wonder why they’re using smaller print in magazines.

And we tell our children’s children of the way it used to be,

Long ago and far away in the Land That Made Me, Me.

If you didn’t grow up in the fifties, you missed the greatest time in history!