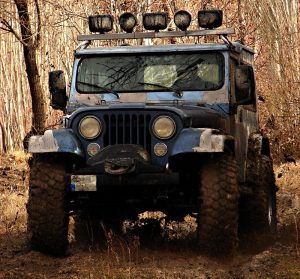 Our Outdoors Just Got Smaller — And Smaller

For the past 20 years now, the conservation groups have been screaming about the land grabs and Endangered Species Act use by Envirolitigants that have curtailed activities in many areas of Arizona. The frivolous lawsuits and inundation of the United States Fish & Wildlife Service with new endangered species listings have effectively made groups like the Sierra Club, Center for Biological Diversity, Defenders of Wildlife and others the groups with the big club that basically dictate to the USFWS.

So, rather than consistently berating the deranged souls who value an animal’s way of life as being more important than humans, I tried to think back to where and when this all started. If my memory serves me right, the “tipping point” was in the early 1990s.

In 1994, Kieran Suckling was arrested for shoplifting from a Walmart store. He had shoplifted a pair of boots and some bedroom slippers and almost lost his position in the fledgling Center for Biological Diversity. He had drawn the wrath of the logging community with some successes in the forestry industry — all under the guise of the spotted owl.

The ragged community that had set up shop in Arizona was much akin to a commune and few could foresee that they would become the leading edge of the envirolitigant community. Curiously, the very people from whom he had taken jobs through the Endangered Species Act did little to harp on his flagrant act of petty theft and instead, left him to his own devices.

If it had happened today, he would have been pilloried throughout the social media world and probably would have been let go from the hard-core group that was slowly finding a way of stopping industry in its tracks. The decision to let him return to the environmental community would prove to be a fateful decision.

Fast forward 20 years and he has become the face of legitimate power and no one brings up his sordid mistake from the past. Throughout the readings of Suckling, it is obvious he loves the limelight and has an immense ego. Being the face of the Center has become his kingdom.

The Next Tipping Point: OHVs

The other tipping point came about with the advent of — Off Highway Vehicles. There, I said it and it’s out in the open. Prior to the invention of these mechanical devices, the human population was left to explore the great outdoors by foot, mountain bike, or horses. Their debut was inauspicious, but soon it became apparent that vast tracts of land that had previously been too remote for the average hiker was now within a tank of gas for the Off Highway Vehicle.

Slowly, as a hiker, I noticed two-track trails where there had never been one before. I then saw the infamous toy haulers being created and hauled up with those big F250 Fords into the high country. Soon, I encountered the worst of our species, parents encouraging kids to mud bog through dirt tanks.

Riparian areas being ridden through for the “Splash” effect was another way to enjoy the thrill of these devices. The naming of trails and roads for the “New Explorers” was a very “in” thing to do as well.

Sadly, the gate- keepers, or really the Forest Service, was woefully behind the times. The laws which had been on the books forever did not have any point of reference for these creations, and the public, much like kids left to their own devices, used every bit of the power that the lack of foresight gave them and they did it with impunity. The National Forests, the BLM, as well as any other federal land agency were caught with their proverbial pants down.

With the typical speed of the Federal government, nothing was done until too much damage had been created. To this day, there are open sessions from each little kingdom/National Forest with attempts for travel management, disbursed camping, big game retrieval, etc.

Few understand that each kingdom/National Forest has its own set of rules and no two are identical. It is like dealing with five different governments all in the same state. It makes no sense!

How Is This Fair?

I remember working on a committee with a group of OHV users who were trying to come up with some legislation for the Off Highway Vehicles. As I sat in meetings, I approached the group with the attitude of the hunting community. My point of reference was that as a hunter, I paid around $35.00 per year for a hunting license. If I were fortunate enough to get drawn for an elk tag, I paid another $86.00 for that tag. All in all, for the $121.00, I was able to partake in my favorite endeavor in the great outdoors for a whole two weeks.

My twisted logic felt that if I paid that much for a two-week period, then the OHV community should pay roughly the same amount for their year-long abilities to ride wherever they wanted to. A license plate for each OHV in the amount of $95.00 seemed fair.

Wow, was I ever wrong. The indignation by those on the OHV committee was evident from the start. Dark mutterings about “Greenie Koleszar” started to be tossed my way. Complaints from some of “I have 5 quads, how can I afford that much for plates every year?” became the norm. The logic of being able to afford five quads, but not be able to pay for five license plates escaped me, but that was their complaint.

Then the complaints from the rural elders started coming in. I heard the tales of “I’m getting up there in age and I can’t get where I used to; quads even out the playing field for me to hunt”. I only shook my head and tried to point out that this sense of entitlement was not right.

There was a time long ago when you laid down your arms and did not hunt if you could not enter the fray in decent shape. Does the equalizer of mechanical devices really entitle you to continue to participate when all you are doing is driving to the hunting grounds and driving around? Don Quixote would have been proud of me, but no one else saw the problems the way I did.

Fast forward another 10 years and we had the infamous “Travel Management” meetings. The United States Forest Service was catching heat from all sides. The greenies were outraged that newly created roads in each of the National Forests in Arizona had become the norm rather than the exception.

I sat at one meeting where the old maps from 1990 were overlaid with maps from 2013. The difference was frightening. There were so many new roads that you could drive all the way from Arizona to Washington, D.C., in just the Apache Sitgreaves Forest without ever going on the same road twice.

The money and media savvy Envirolitigants began a long-term process of swaying the public. Kieran and crew morphed into political-savvy beasts. They were smart, worked the media very well and appealed to the liberal press. While the OHV manufacturers were showing people how their new toy could go anywhere (over trees, through streams, across boulders), the Envirolitigants were pressing the flesh where they needed to — Washington D.C.

They Found ‘The Perfect Storm’

They found the perfect storm of having liberal East Coast bias present how the West should be run. With the last eight years of a Democratic president, many cabinet and divisional appointments found environmentally conscious Democrats in charge. The end result should have been predictable.

The problem was that none of us saw how harsh their reaction would be. Not content with having to fight in every National Forest, they cleared the decks with their new tool, The Antiquities Act and National Monument Designation.

Vast tracts of land are being signed off on as Monuments by King Obama. There are no Congressional hearings, no input from the public other than local complaints, and the Envirolitigants have paid their dues, set the trap and now all who wanted to enjoy the great outdoors will be locked into smaller and smaller places.

With the knowledge that the federal land managers have no abilities to regulate their domain, the decisions have become easier to propel the land from multi use to one of exclusion. The logic is unassailable. If you cannot regulate — then shut it down. Sadly, the logic seems to be gaining strength. Rather than allowing industry to help pay for management of the land, the exclusionary process leaves it almost sterile.

The northern Kaibab forest still has old-growth trees. If it is declared a monument, then it will have the effect of attempting to be locked in a time capsule. While that may seem great to the knowledge-lacking general public, the hard fact is that the land will be shaped like the forests the Kieran Suckling helped shut down in the early 1990s. It will be one lightening strike away from a catastrophic fire that will forever destroy all of the old growth timber he claims to want to protect. So much for the spotted-owl habitat Kieran!

The Enemy Is Us

There was a famous quote from a cartoon strip long ago —“I have seen the enemy and he is us” was actually on a poster in the 1970 for one of the first “Earth Day” posters. It is ironic that Kieran and the rest of the envirolitigants who cut their teeth through protests and arrests all date back to the revolution of Earth Days — and the famous poster.

For all of the OHV riders who created thousands of new trails, for the un-educated public who abused the National Forests while playing on their new toys and for all of the manufacturers who showed commercial after commercial of OHVs going “where no man has gone before”, the time for paying the piper has arrived. The perfect storm came and we were all too late to realize how important that time was.

Now, as King Obama gets set to declare 1.7 million acres in Arizona and 1.9 million acres in Utah as National Monuments, our areas for enjoying the outdoors unfettered by restrictive federal laws just got a lot smaller. JK