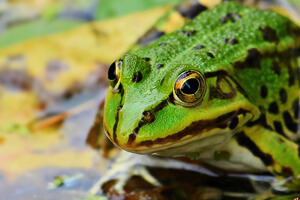 I went fishing this morning but after a short time I ran out of worms. Then I saw a cottonmouth with a frog in his mouth. Frogs are good bass bait.

Knowing the snake couldn’t bite me with the frog in his mouth I grabbed him right behind the head, took the frog, and put it in my bait bucket.

Now the dilemma was how to release the snake without getting bit. So, I grabbed my bottle of Jack Daniels and poured a little whiskey in its mouth. His eyes rolled back, he went limp. I released him into the lake without incident and carried on fishing using the frog.

A little later, I felt a nudge on my foot. There was that same snake with two frogs in his mouth.

Life is good in the South.