Labor Day is a federal holiday in the United States celebrated on the first Monday in September to honor and recognize the American labor movement and the works and contributions of laborers to the development and achievements of the United States. It is the Monday of the long weekend known as Labor Day Weekend.

Beginning in the late 19th century, as the trade union and labor movements grew, trade unionists proposed that a day be set aside to celebrate labor. “Labor Day” was promoted by the Central Labor Union and the Knights of Labor, which organized the first parade in New York City. In 1887, Oregon was the first state of the United States to make it an official public holiday. By the time it became an official federal holiday in 1894, thirty states in the United States officially celebrated Labor Day. 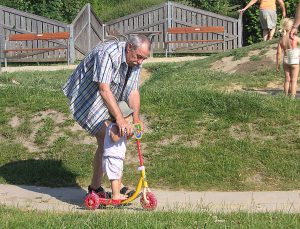 National Grandparents Day is a secular holiday celebrated in various countries, with official recognition in some, and occurring on various days of the year, either as one holiday or sometimes as a separate Grandmothers’ Day and Grandfathers’ Day.

Marian McQuade was recognized nationally by the United States Senate – in particular by Senators Jennings Randolph and Robert Byrd – and by President Jimmy Carter — as the founder of National Grandparents Day. McQuade made it her goal to educate the youth in the community about the important contributions seniors have made throughout history. She also urged the youth to “adopt” a grandparent, not just for one day a year, but rather for a lifetime. Co-founder Cynthia Bennett, who worked for Marian’s husband, contributed by writing letters of

Congress passed the legislation proclaiming the first Sunday after Labor Day as National Grandparents’ Day and, on August 3, 1978, then-President Jimmy Carter signed the proclamation. The statute cites the day’s purpose: “…to honor grandparents, to give grandparents an opportunity to show love for their children’s children, and to help children become aware of strength, information, and guidance older people can offer”. 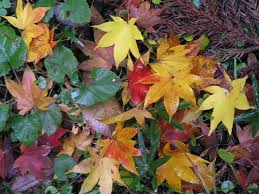 In many places in the temperate zone, autumn is a time for harvesting most crops. Deciduous trees lose their leaves, usually after turning yellow, red, or brown. In many countries, autumn is the time a new school year starts.