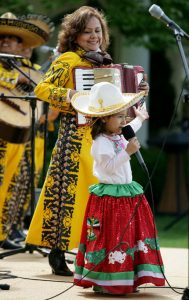 Cinco de Mayo is an annual celebration held on May 5. The date is observed to commemorate the Mexican Army’s victory over the French Empire at the Battle of Puebla, on May 5, 1862, under the leadership of General Ignacio Zaragoza. The victory of the smaller Mexican force against a larger French force was a boost to morale for the Mexicans. Zaragoza died months after the battle due to illness. A year after the battle, a larger French force defeated the Mexican army at the Second Battle of Puebla, and Mexico City soon fell to the invaders.

In the United States, Cinco de Mayo has taken on a significance beyond that in Mexico. More popularly celebrated in the United States than Mexico, the date has become associated with the celebration of Mexican-American culture. These celebrations began in California, where they have been observed annually since 1863. The day gained nationwide popularity in the 1980s thanks especially to advertising campaigns by beer and wine companies. Today, Cinco de Mayo generates beer sales on par with the Super Bowl.

National Day Of Prayer: May 5 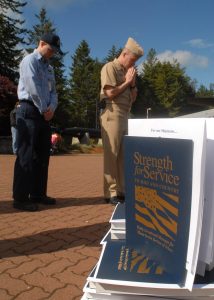 The National Day of Prayer is an annual day of observance held on the first Thursday of May, designated by the United States Congress, when people are asked “to turn to God in prayer and meditation”. The president is required by law (36 U.S.C. § 119) to sign a proclamation each year, encouraging all Americans to pray on this day.[1][2]

The modern law formalizing its annual observance was enacted in 1952, although earlier days of fasting and prayer had been established by the Second Continental Congress from 1775 until 1783, and by President John Adams in 1798 and 1799. Thomas Jefferson established a day of prayer and thanksgiving, but this occurred while he served as governor of Virginia.

The constitutionality of the National Day of Prayer was unsuccessfully challenged in court by the Freedom From Religion Foundation after their first attempt was unanimously dismissed by a federal appellate court in April 2011. 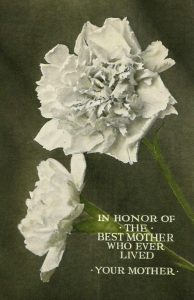 Mother’s Day is a celebration honoring the mother of the family, as well as motherhood, maternal bonds, and the influence of mothers in society. It is celebrated on various days in many parts of the world, most commonly in the months of March or May. It complements similar celebrations honoring family members, such as Father’s Day, Siblings Day, and Grandparents Day.

The modern Mother’s Day began in the United States, at the initiative of Anna Jarvis in the early 20th century. This is not (directly) related to the many traditional celebrations of mothers and motherhood that have existed throughout the world over thousands of years, such as the Greek cult to Cybele, Rhea the Great Mother of the Gods, the Roman festival of Hilaria, or the Christian Mothering Sunday celebration (originally a commemoration of Mother Church, not motherhood). However, in some countries, Mother’s Day is still synonymous with these older traditions.[5]

The U.S.-derived modern version of Mother’s Day has been criticized for having become too commercialized. Founder Jarvis herself regretted this commercialism and expressed views on how that was never her intention.

Many nations around the world observe some kind of Armed Forces Day to honor their military forces. It is celebrated in the United States as a day to appreciate all active duty service members. This day is not to be confused with Veterans Day or Memorial Day. 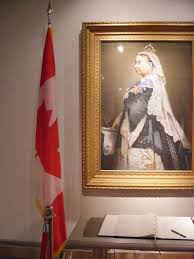 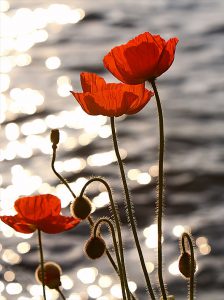 Memorial Day is a national holiday in the United States. It is also a state holiday in many states. The holiday honors troops who have died in past wars like World War I and the Korean War. Memorial Day was first held in 1865 after the American Civil War. It was called Decoration Day at that time.

The holiday was first called Memorial Day in 1882, and became a federal holiday in 1967. On June 28, 1968, the United States Congress made a law that said that the official Memorial Day holiday is May 30, but that Memorial Day was to be observed by Federal Employees as a paid holiday on the last Monday in May. It was founded by John A. Logan(General).He fought in the Civil and Mexican–American War.

Memorial Day is an American holiday, observed on the last Monday of May, honoring the men and women who died while serving in the U.S. military. Originally known as Decoration Day, it originated in the years following the Civil War and became an official federal holiday in 1971. Many Americans observe Memorial Day by visiting cemeteries or memorials, holding family gatherings and participating in parades.