This Season Is Filled With Traditions 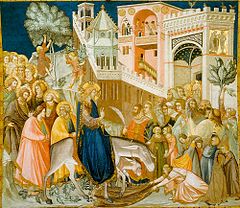 Palm Sunday is a Christian moveable feast that falls on the Sunday before Easter. The feast commemorates Jesus’ triumphal entry into Jerusalem, an event mentioned in each of the four canonical Gospels.

In most liturgical churches Palm Sunday is celebrated by the blessing and distribution of palm branches or the branches of other native trees representing the palm branches the crowd scattered in front of Christ as he rode into Jerusalem. The difficulty of procuring palms in unfavorable climates led to their substitution with branches of native trees, including box, olive, willow, and yew. The Sunday was often named after these substitute trees, as in Yew Sunday, or by the general term Branch Sunday. 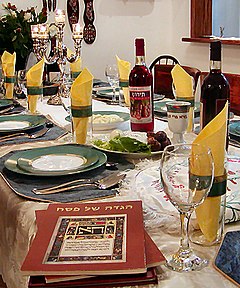 Passover or Pesach (is a major Jewish holiday and one of the most widely celebrated Jewish holidays. Together with Shavuot and Sukkot, Passover was one of the Three Pilgrimage Festivals (Shalosh Regalim) during which the entire population of the kingdom of Judah made a pilgrimage to the Temple in Jerusalem. Samaritans still make this pilgrimage to Mount Gerizim, but only men participate in public worship.

During the existence of the Temple in Jerusalem, Passover was a spring festival that was connected to the offering of the “first-fruits of the barley”, as barley was the first grain to ripen and to be harvested in the Land of Israel. The festivals now associated with the Exodus (Passover, Shavuot, and Sukkot) began as agricultural and seasonal feasts but became completely subsumed into the central narrative of Israel’s deliverance from oppression at the hands of God.

In the Book of Exodus, God helped the Israelites escape from slavery in ancient Egypt by inflicting ten plagues upon the Egyptians before the Pharaoh would release the Israelite slaves. The last of the plagues was the death of the Egyptian first-born. The Israelites were instructed to mark the doorposts of their homes with the blood of a slaughtered spring lamb and, upon seeing this, the spirit of the Lord knew to pass over the first-born in these homes, hence the English name of the holiday.

Passover commences on the 15th of the Hebrew month of Nisan and lasts for either seven days (in Israel and for Reform Jews and other progressive Jews around the world who adhere to the biblical commandment) or eight days for Orthodox, Hasidic, and most Conservative Jews (in the diaspora). The rituals unique to the Passover celebrations commence with the Passover Seder when the 15th of Nisan has begun. 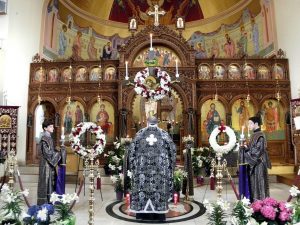 Good Friday is a Christian holiday commemorating the crucifixion of Jesus and his death at Calvary. It is observed during Holy Week as part of the Paschal Triduum on the Friday preceding Easter Sunday, and may coincide with the Jewish observance of Passover. It is also known as Holy Friday, Great Friday, and Black Friday.

The date of Good Friday varies from one year to the next on both the Gregorian and Julian calendars. Eastern and Western Christianity disagree over the computation of the date of Easter and therefore of Good Friday. Good Friday is a widely instituted legal holiday around the world, including in most Western countries and 12 U.S. states.[7] Some countries, such as Germany, have laws prohibiting certain acts, such as dancing and horse racing, that are seen as profaning the solemn nature of the day. 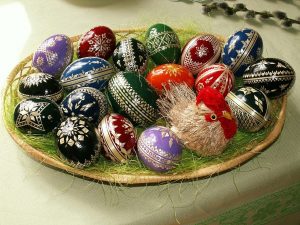 Easter, also called Resurrection Day and Pascha, is a Christian holiday celebrating Jesus Christ returning from the dead. Christians believe that it is the holiest day in the year. Some people who are not Christians celebrate it as a cultural holiday.

Easter is not held on the same date every year. This is called a moveable feast. Currently all Christian churches agree on how the date is calculated. Easter is celebrated on the first Sunday following the first full moon which is on or after March 21st. This means it is celebrated in March or April. It can occur as early as March 22 and as late as April 25.

Western churches, like the Roman Catholic Church, use the Gregorian calendar, while Eastern churches, like the Eastern Orthodox Church, use the Julian calendar. Because of this, the date of Easter celebrations is different for these two types of churches even though the way they calculate the date is similar. In 2015 Easter was celebrated on April 5 for both the Gregorian calendar and Julian calendar. In 2019 Easter was celebrated on the 21st of April.

The word “Easter” is derived from Eastra, the name of the ancient German Goddess of Spring. Her festival occurred at the vernal equinox. The French word for Easter, Pâcques, comes from the Greek word for Passover, which is the Jewish holiday celebrated at about the same time of the year. 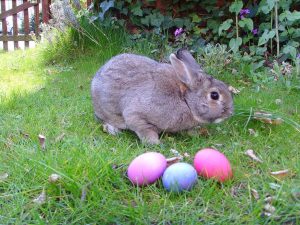 Easter Monday is the imminent Monday following Easter Sunday and is a statutory holiday for federal employees. Although not mandatory by federal regulation, many employers also give this day off to employees out of common practice. Additionally, this holiday succeeds Good Friday (the Friday preceding Easter), which is a mandatory holiday for all employees, giving workers an extra long weekend in April. In provinces where Family Day, Islander Day and Louis Riel Day are not observed Easter Weekend is the first stat holiday after New Year’s Day. 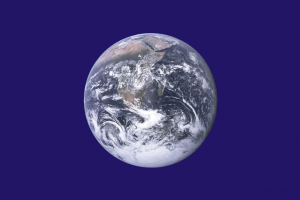 Earth Day is a day that is supposed to inspire more awareness and appreciation for the Earth’s natural environment. It takes place each year on April 22. It now takes place in more than 193 countries around the world. During Earth Day, the world encourages everyone to turn off all unwanted lights. The Earth Day was founded by United States Senator Gaylord Nelson as an environmental teach-in first held on April 22, 1970. U Thant, the Secretary-General of United Nations at that time, has recognized it. While the first Earth Day focused on the United States, an organization launched by Denis Hayes, who was the original national coordinator in 1970, took it international in 1990 and organized events in 141 countries. Its name and concept were created by John McConnell in 1960 at a UNESCO conference in San Francisco. 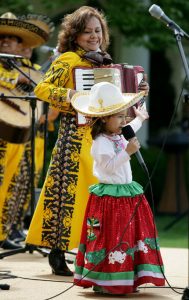 Cinco de Mayo is an annual celebration held on May 5. The date is observed to commemorate the Mexican Army’s victory over the French Empire at the Battle of Puebla, on May 5, 1862, under the leadership of General Ignacio Zaragoza. The victory of the smaller Mexican force against a larger French force was a boost to morale for the Mexicans. Zaragoza died months after the battle due to illness. A year after the battle, a larger French force defeated the Mexican army at the Second Battle of Puebla, and Mexico City soon fell to the invaders.

In the United States, Cinco de Mayo has taken on a significance beyond that in Mexico. More popularly celebrated in the United States than Mexico, the date has become associated with the celebration of Mexican-American culture. These celebrations began in California, where they have been observed annually since 1863. The day gained nationwide popularity in the 1980s thanks especially to advertising campaigns by beer and wine companies. Today, Cinco de Mayo generates beer sales on par with the Super Bowl.

National Day Of Prayer: May 7 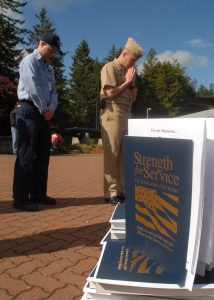 The National Day of Prayer is an annual day of observance held on the first Thursday of May, designated by the United States Congress, when people are asked “to turn to God in prayer and meditation”. The president is required by law (36 U.S.C. § 119) to sign a proclamation each year, encouraging all Americans to pray on this day.

The modern law formalizing its annual observance was enacted in 1952, although earlier days of fasting and prayer had been established by the Second Continental Congress from 1775 until 1783, and by President John Adams in 1798 and 1799. Thomas Jefferson established a day of prayer and thanksgiving, but this occurred while he served as governor of Virginia.

The constitutionality of the National Day of Prayer was unsuccessfully challenged in court by the Freedom From Religion Foundation after their first attempt was unanimously dismissed by a federal appellate court in April 2011.