Back in the day, Wes McCracken was one of the best anglers on the All Star Bass trail. The key to his success: he knew that you have to be versatile to catch fish consistently.  “Every lake is different, and every year it’s different, too,” says McCracken.  One thing that he can count on most of the time, though, is a worm bite of some sort.

“Finding the fish is the hard part,” says Wes.  “Figuring out what they want is simply a process of elimination.”  This process goes way beyond simply choosing a type of lure.  For Wes, the process of elimination continues down to differences as small as an eighth ounce between worm weights, his position on the structure, or the difference between dark purple and black.

Zeroing In On Location

McCracken says that he spends a lot of time looking at maps.  Some of his best spots are so subtle that a lot of people would totally overlook them.  In fact, one of his favorite spots on Roosevelt is one that boats run right over every day on their way out from the launch ramp.

On the map, it simply looks like a tiny finger right out next to a river channel.  On a lake map with 10-foot contour intervals it is shown by a single looped line.  Since it is so far from shore, not many people notice it, much less stop to fish it.  That’s the kind of thing he looks for.  “Everybody finds the obvious stuff,” he explains. 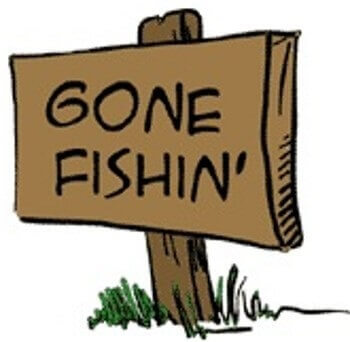 He finds some of his spots on the map first, and some he finds on the water and locates on the map later.  “Our paper maps aren’t that great, but they’re better than most people give them credit for,” he says.  He’s been known to spend hours motoring slowly around the lake, searching for structure just like a crappie fisherman.

A Texas rig is one of his favorites for fishing submerged trees, and he often fishes a very small Texas rig on spinning gear.  He uses 12-pound-test P-Line fluorocarbon and a quarter-ounce or even smaller bullet sinker.

For these light-weight worm rigs, McCracken uses a medium-heavy spinning rod with a fast tip and plenty of backbone.  He can cast a 3/16-ounce sinker much better with this rig than with a baitcaster.

Wes drops the worm down and drags it around, then lets it sit.  When he reaches a tree he drags it up and shakes it – usually that’s when they hammer it. Sometimes there’s no hammering to it.  The fish are simply there.  This happens a lot with bigger fish.  “You go to pull it up and it’s heavy,” McCracken explains.  “You never even feel ‘em.”

The Right Weight Is Crucial

Sometimes even the type of weight can make a big difference.  “My partner and I were both fishing identical set-ups, but I was using tungsten and he wasn’t.  I was getting bit way more often than he was.  I hate to have to fish tungsten because it is so expensive, but if that’s what it takes, you have to do it.”

Some Texas, Some Carolina

“Sometimes I find myself trying to force a bite, and I have to step back and tell myself I’m fighting a losing battle.  I make myself try something different:  slow down, speed up, change colors, change lures – something.”  McCracken usually has at least seven rods on the deck, each rigged differently – some are Texas rigs and some are Carolina rigs, and of course he also has the occasional crankbait and spinnerbait tied on just in case.

Deciding whether to use a Texas rig or a Carolina rig is all part of the elimination process.  He tries both to see which one works best.  Just because he determines a certain strategy on one spot doesn’t mean he’s fixed for the day.  If he moves, the process of elimination begins all over again.

If an area doesn’t have a lot of trees or thick brush, he likes to try fishing a Carolina rig.  In heavier cover he prefers a Texas rig because he can get the lure right up into the center of the trees.

Whether you’re fishing a Texas rig or a Carolina rig, you’ll want the point of the hook to be just under the skin of the worm so that the rig is weedless but easy to set.  To tie a Texas rig, simply slip a bullet sinker onto your line, then tie on the hook.  For a 7-inch worm, McCracken uses a 3/0 EWG Gamakatsu hook.

On a Carolina rig, the weight is fixed some distance away from the hook.  The leader can be anywhere from a few inches to a few feet long.  A rule of thumb is the slower the bite, the longer the leader.  The classic Carolina rig uses an egg sinker on the main line, followed by a glass bead (to protect the knot from the sinker), then a barrel swivel to reduce line twist.

The leader is tied to the other end of the barrel swivel.  Many anglers use lighter line for the leader so that if it breaks all they lose is the hook.  If you are using braid, try mono for the leader.  When you fish a Carolina rig, cast it out and let it sink to the bottom, then pull it across the bottom by moving the rod sideways.  That way you’ll feel any heaviness that signals the presence of a fish.  Reel to take up the slack, then move the rod again.