A millennial offers tips for getting younger boaters on the water.

Both boaters and those who rely on boating to make a living lament that there doesn’t seem to be as many younger boaters these days. The statistics back that up. According to the recently published BoatUS Magazine feature “Why Aren’t Millennials Buying Boats?” (October 2017), approximately 41 percent fewer 20- to 39-year-olds owned boats in 2015 than in 2005. And while millennials may boat about as much as their parents did, the data confirms they are far less likely to own a boat. 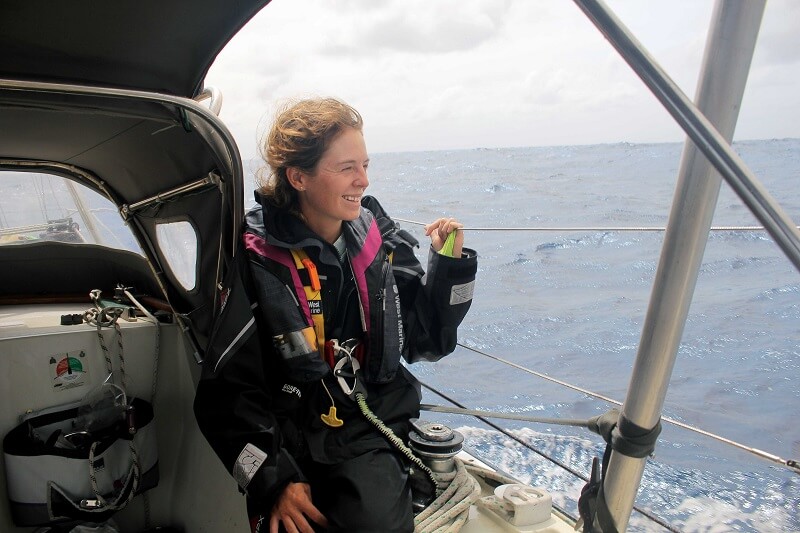 Why? Author and millennial Fiona McGlynn, who is a professional management consultant, may have some answers.

Lower incomes, student debt, lack of technical knowledge or mechanical experience, and a culture shift that eschews conventional ownership in favor of renting take their toll on millennial (born between 1982 and 2000) boat ownership. “Young people are not giving up on boating, just going about it in a different way: chartering, borrowing, and riding along,” says McGlynn, a live-aboard who recently finished her first South Pacific crossing along with her husband, Robin.

While owning a boat can be pricey, McGlynn reports, “I’ve met a number of young boaters finding creative ways to get out on the water without breaking the bank, such as millennials who are participating in cooperatives, who share a boat among friends, or who live aboard a boat instead of renting pricey apartments in major American waterfront cities. Several boaters interviewed for the story mentioned the increasing popularity of wake boats, in part because they carry more people and they’re fun.”

McGlynn ultimately writes that, in general, millennials prefer the sharing economy. She asks, why would you buy a ski house, when all you have to do is Airbnb it? She suggests it’s the same with boats. “20- to 39-year-olds love boating for the same reasons their parents did. They see it as an opportunity to socialize, create family memories, and adventures, and unplug from work. Boating has the potential for a watershed moment among millennials.”

The BoatUS Magazine feature also includes creative tips on how young people with no boating, sailing, or fishing experience can get on the water.

For the full story, go to BoatUS.